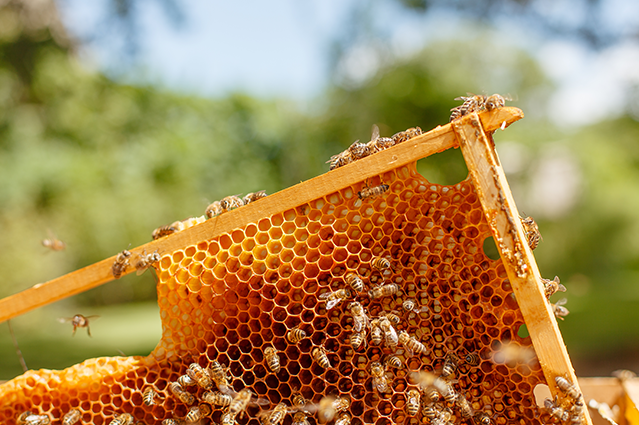 In 2010, NaturaNectar sister company PhenolicFactory celebrated, in the Nordic city of Copenhagen, a Partnership with PRC - Propolis Research Centre A/S, a Danish enterprise for the world licensing of the Green Extraction™ technology.
This Partnership further enabled NaturaNectar to fulfill its mission of activating wellness naturally through pure and potent bee propolis extracts, improving the health and quality of life for our customers.
Here is a summary of the major milestones that took place along this four-decade journey...
Sven Salomon and His Clean Extraction
It all started on the seventies with Sven Salomon, a biochemist in Denmark who during his life developed a unique and efficient method to extract the best of bee propolis using only purified water as extraction solvent.
First Products are Introduced
In 1975, Sven created Salomon Propolis® and Nasal Drop/Spray is introduced in Denmark. Later on Gastroform® is launched in Scandinavia as the precursor to NaturaNectar Gastro Guardian™.
The First Patents Are Filed
From 1975 through 1978, a series of three patents related to the extraction process were registered and Solomon Propolis® continued to grow as a natural medicine company.
Dr. Jens Vagn Nielsen Acquires Salomon Propolis®
In 1982, successful Danish pharmacist Jens Vagn Nielsen, another passionate for bee propolis, acquired Solomon Propolis® after Sven's passing away. Jens had always been intrigued by the richness of bee propolis and convinced it was one of the most complete natural products available to man.
The Need for Standardization & Allergy Protection
Around that time Jens had various contacts with fellow physicians from Scandinavia and it became evident that he would have to face two major challenges: first, the much-needed standardization of the bee propolis extracts seemed virtually impossible because of the great variation of compounds; second, the fact that bee propolis could be allergenic for some people.
Standardization and Recognition of PWE-13™ and FLAV™ as Natural Medicines in Denmark
With much focus and hard work, Jens achieved the first standardization of bee propolis extracts. This accomplishment led to another important milestone in 1985: Two extracts developed by his pharmaceutical company Propharma A/S, (PWE-13™ and FLAV™) were approved as natural medicines by the Danish National Board of Health Regulations, due to the standardization and toxicology studies.
No Delayed Contact Hypersensitivity for PWE-13™
In 1993 PWE is comprehensively tested, and no delayed contact hypersensitivity is detected. A strong indication of the purity of the extracts and the overcoming of the second major challenge.
Decade-Long of Scientific Work Culminating in a Clinical Study
In 1990 a long line of different in vitro and in vivo (Clinical) Tests started for PWE-13™ and FLAV™. Later in 2003 a double-blind placebo controlled clinical study is performed on PWE-13 showing significant benefits of this extract on human respiratory health.
A Partnership that Brings It All to You!
In 2010 this time-proven and yet revolutionary technology is made available to the USA and the world through a Partnership between PRC - Propolis Research Centre A/S and NaturaNectar's sister company PhenolicFactory LLC. The combination of PRC’s technology with NaturaNectar's dominance of the exotic red propolis, and access to other types of Brazilian bee propolis opens the doors for the development of new and exclusive products. This Partnership also brings Dr. Jens Vagn Nielsen to NaturaNectar's Scientific Advisory Board.

* THESE STATEMENTS HAVE NOT BEEN EVALUATED BY THE FOOD AND DRUG ADMINISTRATION. THESE PRODUCTS ARE NOT INTENDED TO DIAGNOSE, TREAT CURE OR PREVENT ANY DISEASE.

Create an account with us and you'll be able to: